A graphic novel adaptation of the journalism of Nellie Bly, co-created with writer Brad Ricca. Published April 2022 by Gallery 13 of Simon and Schuster.
PUBLISHER'S LINKS TO PURCHASE 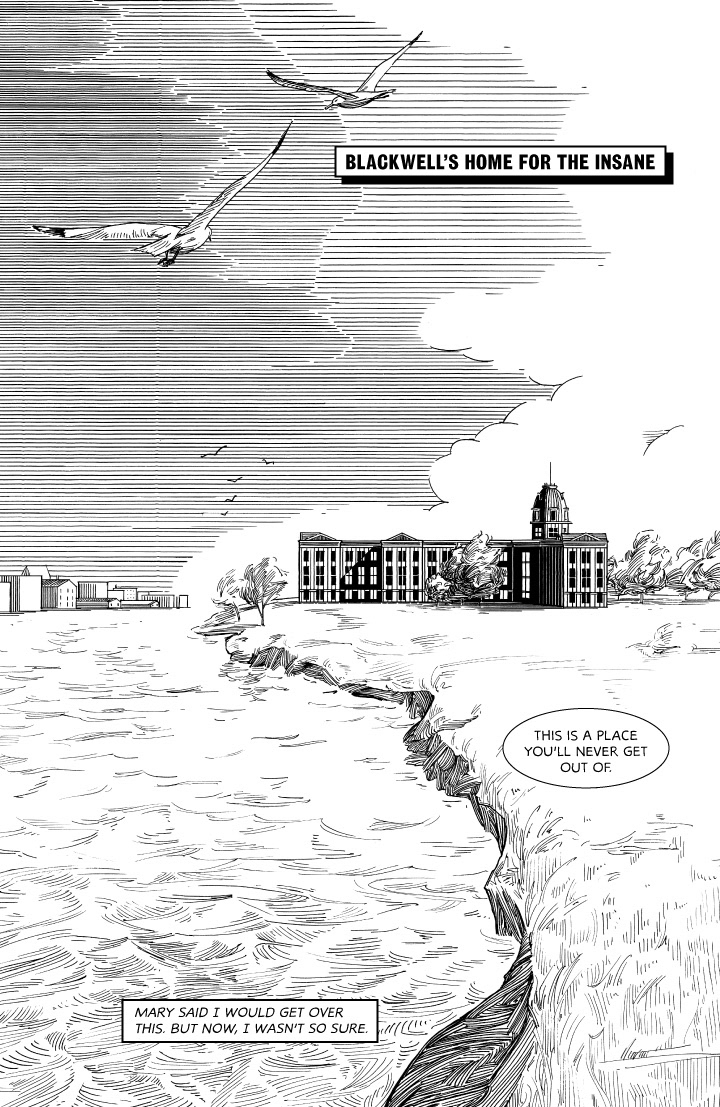 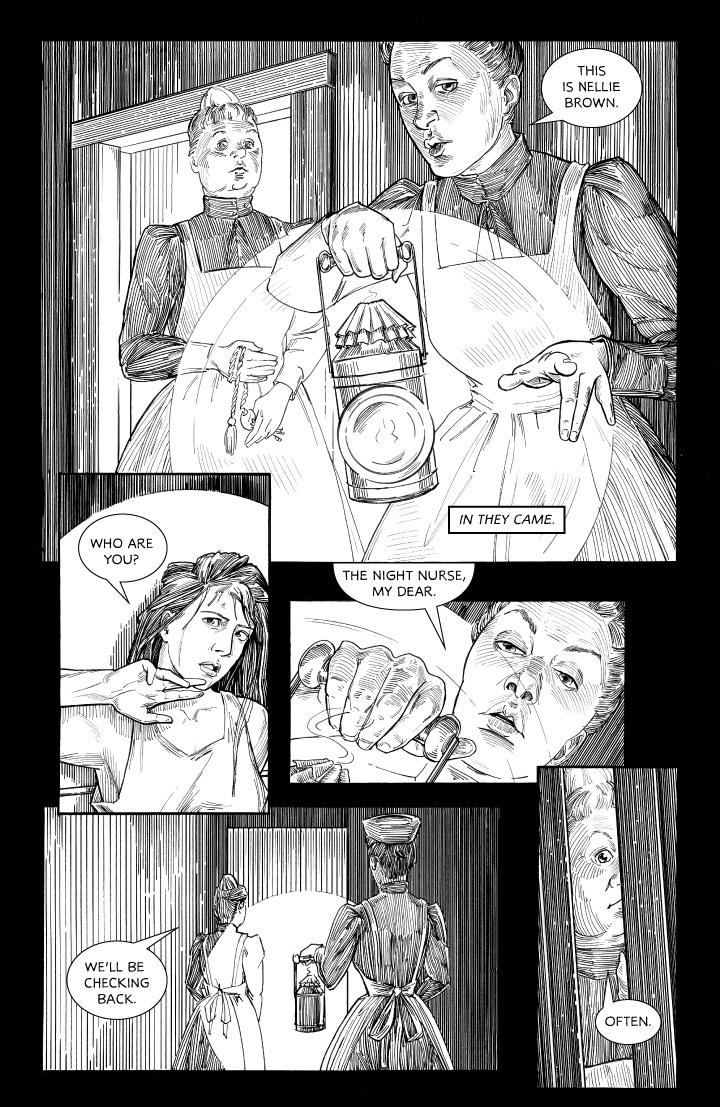 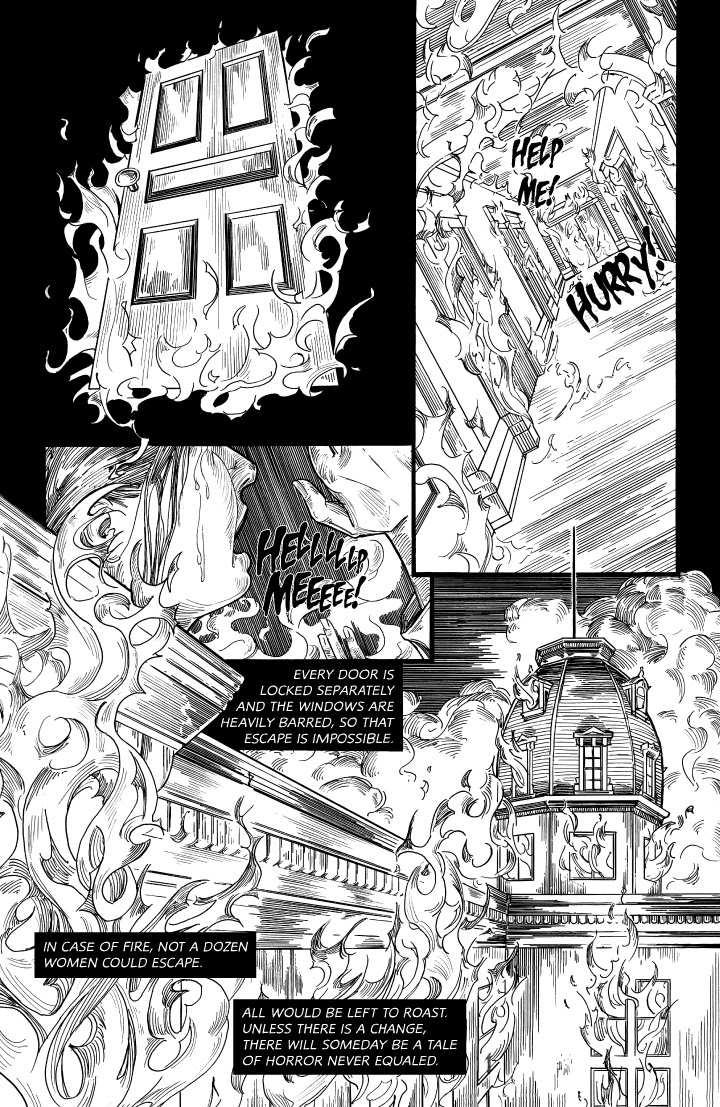 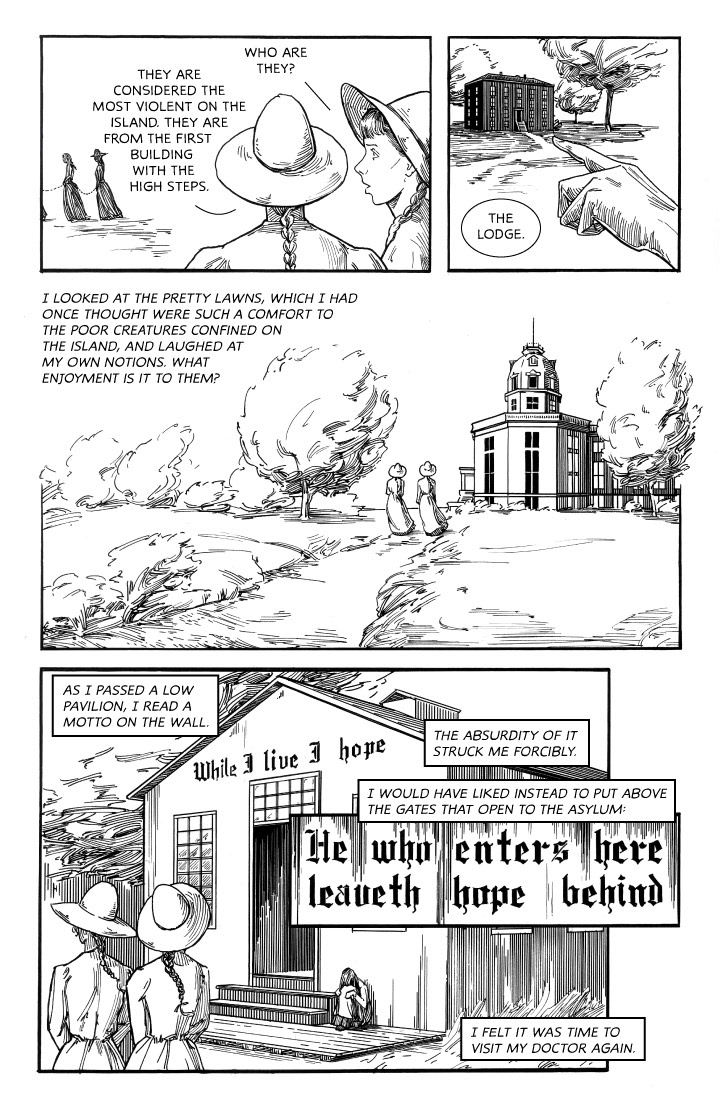 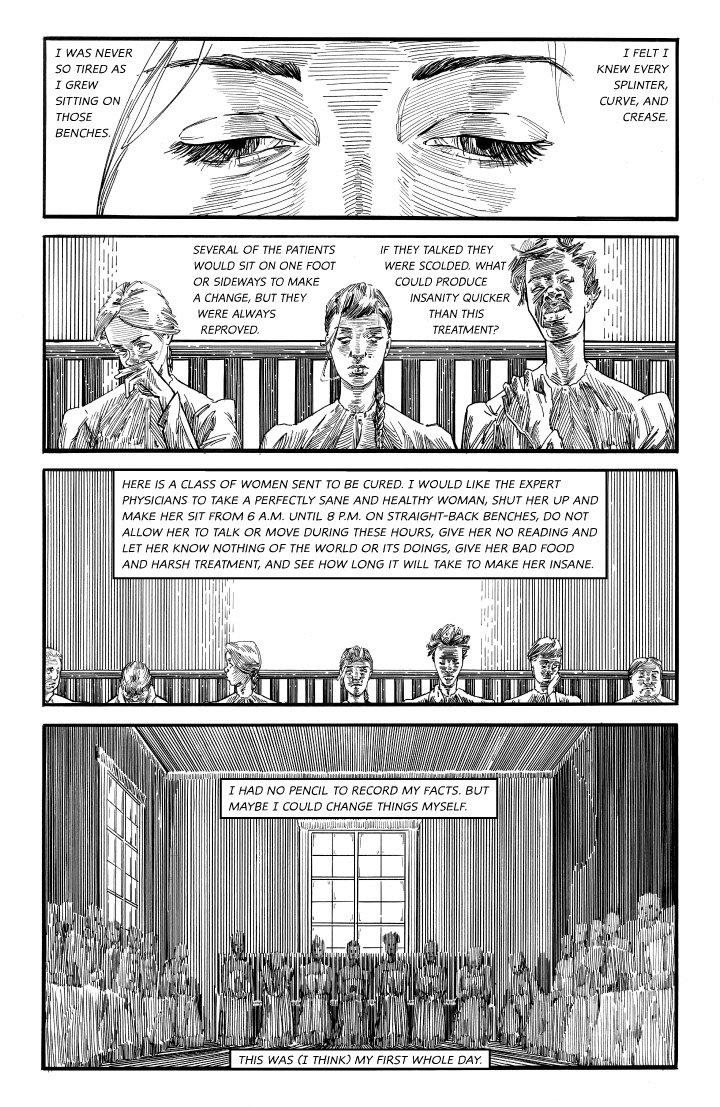 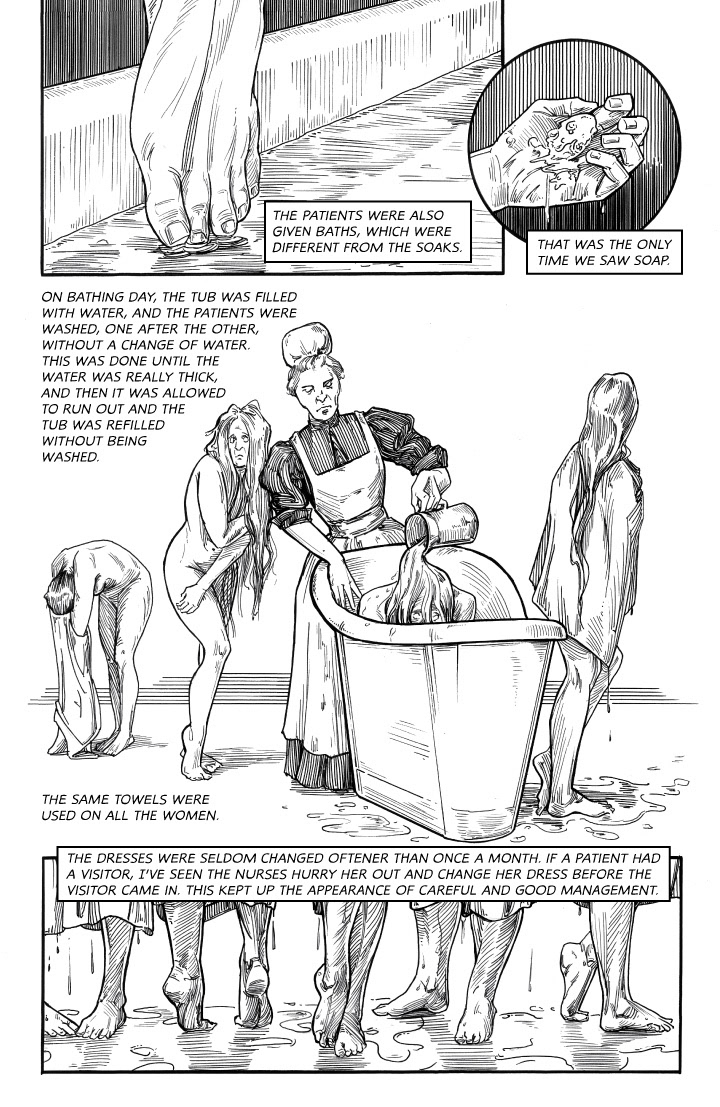 “The famous reporting work of Nellie Bly gets a beautifully hand-drawn adaptation in Ten Days in a Mad-House. When readers meet Nellie, she’s on the hunt for a reporting job and finds her way to the editor-in-chief of The World to pitch her stories. The editor assigns an investigation of Blackwell’s Home for the Insane. Nellie goes to a women’s boarding house and puts on an act of insanity that disturbs the house matron and gets her put in the asylum. She learns quickly how unwilling the rest of the world is to extend kindness to someone who appears to be outside of the boundaries of polite society. At Blackwell’s, the doctors care very little for the patients and force them to suffer indignities. Sieh’s black-and-white drawings heighten the tension of Blackwell’s by casting all the doctors and nurses in imperious shadow. Nellie and her fellow patients’ wide, expressive eyes communicate the terror they feel within the institution. This graphic adaptation of reportage would appeal to fans of Joe Sacco and Sarah Glidden.”
- Booklist
“Sieh’s detailed ink drawings, reminiscent of 19th-century etchings, coupled with a hard-boiled adaptation by Ricca (Super Boys), retell the groundbreaking journalism of Bly, a reporter who went undercover to expose abuses at Blackwell’s Asylum in 1887. Bly begins feigning paranoia and memory loss at a women’s workhouse and lands in Blackwell’s, where she meets other women condemned for such crimes as “nervous debility,” poverty, and not speaking English. She’s a bit surprised that her ruse works: “I felt sure now that no doctor could tell whether people were insane or not.” Blackwell’s is anything but therapeutic. Women are starved, beaten, subjected to icy baths, forced to sleep without heat, and required to sit in silence for 14 hours at a stretch; if they weren’t mentally ill upon admission, they soon become so. Almost as frustrating is the gaslighting that happens after Bly is sprung from Blackwell’s by her editor and testifies before a grand jury. When officials visit, they find a suddenly clean institution and doctors who blame bad-apple nurses. Nevertheless, Bly’s muckraking advocacy leads to increased funding for treatment of the mentally ill. Though well documented, this history bears repeating.”
- Publishers Weekly

swing dance art
↑Back to Top